Lost-Found Nation of Islam Training: Understanding And Making Exodus From the Old World of Confusion

In a lecture entitled, “Make Way For the New World”, Minister Karriem Alghani of the Lost-Found Nation of Islam provided lecture attendees with answers to the following questions:

Today rampant war, environmental annihilation, social unrest, political confusion readily seen throughout the western world, and that of their allies, evidences the destructive ending to that Old World. (More information may be obtained by reading books by the Most Honorable Elijah Muhammad, peace be upon him, who provided this date.)

Today the birthrate of the predominantly Caucasian populations in Europe are in steady decline, which also includes the United States.

Minister Alghani went on to explain that each Caucasian female must give birth to an average of 2.1 children in order for the Caucasian population to survive. None of the European countries are giving birth at that rate. None of the European countries have a birthrate viable enough to replace their existing population, even between the 30 countries in Europe. Those countries have even established government-sponsored programs that offer incentives to women to give birth to children, which began as  monetary incentives.

Yacoub, the scientist the Most Honorable Elijah Muhammad taught was responsible for the advent of Caucasians on the earth, gave Caucasian predecessors two commands:  “Be fruitful and multiply” and “Thou Mayest Freely Eat.”

How do these two commandments result in today’s Old World?

Find out as Minister Alghani explains in the video below:

In the infographic below, you can receive a visual representation of the projected population growth: 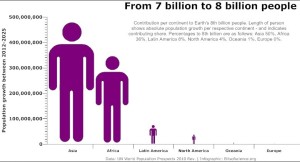 You can learn how to be a part of the Exodus from the Old World by visiting any mosque under the direction of the Honorable Silis Muhammad, where you will receive more information about “The Blueprint: Our Plan for America and its Afrodescendants”. 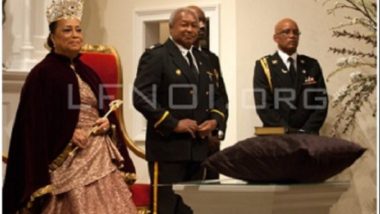 Reparations For Slavery: How Right Is Trump About The 14th Amendment?