End The Afrodescendant Death Cycle With Us

Civil death is a condition of life where you have no collective cultural voice or identity to communicate what will happen to you or your people.
We are ending Afrodescendant civil-spiritual death, which has been caused and kept in place by the lingering effects of plantation slavery (racism).
We have a PERMANENT SOLUTION…starting with our programs that are designed to protect and save Black Families. 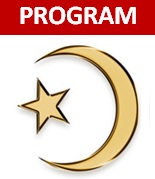 We provide training and cultural programs for self awareness, self knowledge, group economics,  food knowledge, and nation-building. 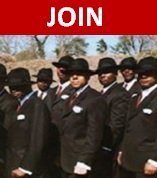 If you are a Black/”African American”/Afrodescendant person who would like to know more about becoming a member, the time is right.

I want to join 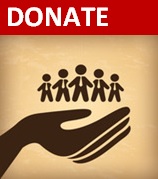 Will you help us? Afrodescendants want FULL freedom, justice, and equality for the Black Family throughout the Americas.

I want to donate

Be The First To Know

Get exclusive updates on the rise from civil and spiritual death of Blacks/African Americans/Afrodescendants–and what we’re doing to eradicate it –straight to your inbox when you request our newsletter.

We’re highly anticipating the 2020 Saviour’s Day events planned for February 21-23, 2020 in Atlanta, Georgia. You might want to do the same. Here’s why… Celebrated by many who live according to that Knowledge brought to the Black man, woman, and child who are Afrodescendants by Master Fard Muhammad (to Whom all praises are due) […]

By Zaqqiyah Haamidah In a lecture entitled, “A Land Flowing With Milk and Honey”, Minister Omar Hassan of the Lost-Found Nation of Islam Houston brought modern-day understanding to this phrase known to come out of the Bible. What many may not know, however, is that the phrase has sacred and secular applications to the life […]

CIVIL DEATH means you are in existence, but you are not known politically in the State in which you reside. As you have no identity in the world: you are rendered a stateless people, according to Sub-Commissioner, Professor Jose Bengoa. Civil death is an international (UN) term; it can be interpreted to mean that you […]