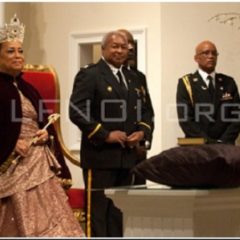 We, Afrodescendants (so-called African-Americans), have been identified by the majority population as Negroes, Coloreds, and African-Americans, among other names. We are unlike other people of African descent, living today in different parts of the world, whose ancestors were not subjected to slavery. They know their identity: they still have their mother tongue, culture, religion, and […]

Reparations For Slavery: How Right Is Trump About The 14th Amendment?

By Zaqqiyah Haamidah Donald Trump, U.S. presidential hopeful, wants to help take back control of America from the ‘illegals’ and/or undocumented immigrants. To do this, Trump seeks to repeal, overturn, or amend the Fourteenth Amendment to legally gather people who live in the U.S. under an interpretation that allows citizenship to mothers who give birth […]