In a lecture entitled, “A Land Flowing With Milk and Honey”, Minister Omar Hassan of the Lost-Found Nation of Islam Houston brought modern-day understanding to this phrase known to come out of the Bible.

What many may not know, however, is that the phrase has sacred and secular applications to the life and times of the Black man and woman who descend from those enslaved in the Transatlantic Slave Trade, or Afrodescendants.

From a sacred standpoint, Minister Hassan explained that the so-called Jews in the Middle East were never in bondage, neither did today’s Jewish people build the pyramids in Egypt. Therefore, dear reader, do not misinterpret the Bible as stating that the people who call themselves Jews today are holy. Minister Hassan described how it took skilled labor, Master Builders and Master Engineers, to build the pyramids and not forced labor. There is no historical record to substantiate any proclamation that Jews spent 400 years in bondage. 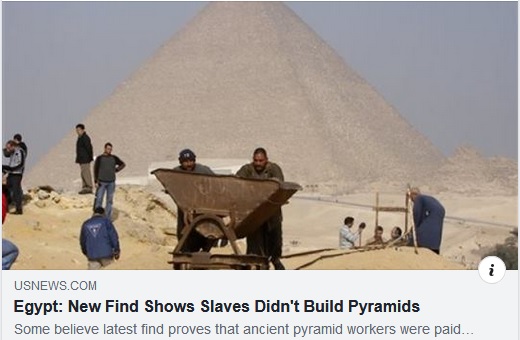 Minister Hassan continued by explaining that the sole purpose of the coming of Master Fard Muhammad’s was to make the Black man and woman, Afrodescendants, His people and to establish His people in a land flowing with milk and honey.

A Message to the Black Man chapter entitled, “Land and Qualifications” page 220 was cited by Minister Hassan where the Most Elijah Muhammad (peace be upon him) taught that a lack of love for self keeps us divided. Being divided keeps the Black man and woman a nation of prey at the hands of our open enemies. Regardless of the amount of education we receive from our open enemy, we are still prey due to the lack of knowledge and love for self.

See the excerpt of Minister Omar Hassan’s ‘A Land Flowing with Milk and Honey’ below:

From a secular standpoint...and just in case you haven’t heard, U.S. President Donald Trump recently acknowledged the arrival of Black men and women brought into the west for the purpose of enslavement by signing House Resolution 1242.

Please note, however, that the “400 Years of African-American History Commission Act” controversially states a different date for the arrival of the first set of Black people different from the date the Most Honorable Elijah Muhammad taught. Nevertheless, the resolution serves as a time stamp for those unfamiliar with the true identity of the ‘Children of Israel’ or the ‘Chosen People of God’, for further self-study. 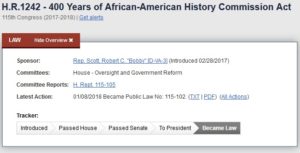 In conclusion, Minister Hassan pointed out in his lecture that in February of this year, the Honorable Silis Muhammad, CEO of the Lost-Found Nation of Islam and Afrodescendant human rights expert/scholar, declared that Afrodescendants should take their place on the world stage. This means…seek to put yourself in a position to make the Afrodescendant collective voice heard. The best and globally-accepted way of making one’s voice heard is within a governing structure where unity can be achieved.

To learn more about what the Lost-Found Nation of Islam is doing to bring together the sacred and secular realities of the Afrodescendant identity, send Minister Omar Hassan your questions.