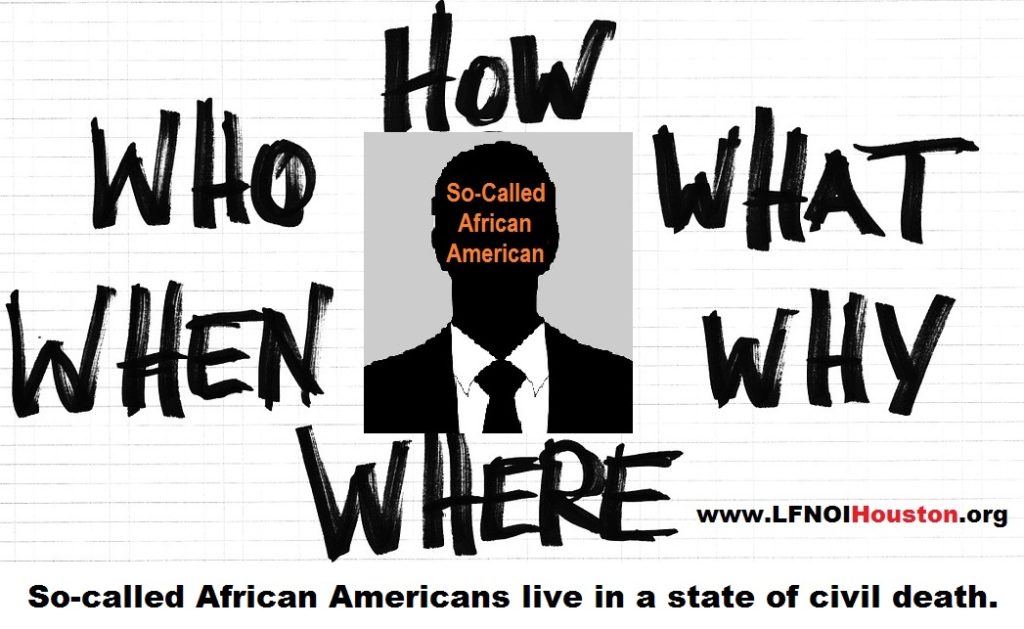 CIVIL DEATH means you are in existence, but you are not known politically in the State in which you reside. As you have no identity in the world: you are rendered a stateless people, according to Sub-Commissioner, Professor Jose Bengoa.

Civil death is an international (UN) term; it can be interpreted to mean that you do not exist as a human being. You have no collective human rights, except those rights that are given or granted you.

The language my grandmother and grandfather spoke was a broken English with Africanized sounds and phrasing. By no stretch of the imagination was it a mother tongue. In that we were deprived, and thereby denied our mother tongue, we have no Identity politically.

I know that this is a hard pill to swallow; but what political identities have we, except the absorbed or partially absorbed political identity of the slave master’s children, in the countries where 250 million of my people (Afrodescendants) are scattered. You cannot buy your way back into being a human being, by flaunting money.

[NOTE: If you’re a Black activist and/or a concerned Black Family member who is serious about claiming COMPLETE Black freedom, justice, and equality, this Checklist entitled “Are you Afrodescendant?” will put you on the path doing just that and more! Check it out {FREE} here: www.lfnoihouston.org/are-you-afrodescendant ] 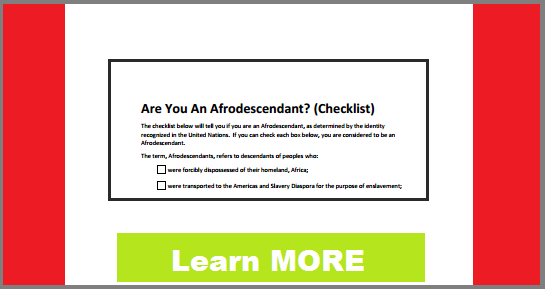 Have a question? Ask us in The Honorable Silis Muhammad – His Works and Teachings Group!

How to improve the Black condition without enduring U.S. politics (which doesn’t address what’s required for true Black freedom)